Anti-Social: When It’s Time to Step Away From Social Media

Recently, we touched upon the importance of giving yourself a break from social media as frequent usage is linked to lower productivity levels and even depression. But why is it so hard for us to disconnect?

While we know part of the reason is that gaining positive feedback on social media, such as likes and retweets, activates the area of the brain associated with pleasure, part of our problem may be rooted in the Industrial Revolution.

As the 19th Century economy took shape, machines introduced us to a world where quick, fast and scale were the marked steps to success. Soon, we started thinking of humans as machines, too. And as scientists studied the mind and body, they applied principles from mechanics and business together. Human habits, traits and personalities were “mechanical” including our brain’s workings.

Over the years, that has translated into a society where we no longer give ourselves permission to disconnect, treating an internet sabbatical as a luxury reserved for (some) vacations, while humbly bragging about our need to be tethered to our phones. We have trained ourselves to be always on and always available, often confusing our time spent online for productivity. In fact, as reported by Business Insider, Americans now spend more time on social media sites than any other online activity, including checking email, with 60% of that traffic coming from smartphones and tablets.

And maybe we need it. According to the Badoo-produced study “Social Lives vs. Social Selves,” 39% of Americans spend more time socializing online than in person. While social media can be an incredibly useful tool for keeping up with clients and colleagues, it shouldn’t replace good, old-fashioned face-to-face interactions.

So, what can you do if your job doesn’t allow you to disconnect completely? Well, you can take babysteps.

Establish Social Media Free Time. Maybe it’s during your lunch break, or perhaps you go offline for an hour after dinner, but the more you schedule time to be off (or on) social media, the easier the habit will become to break.

Make Facebook-Free Zones. Maybe you don’t allow yourself to go online when you’re lying in bed or during your morning commute. Whatever part of your life provides you with the most zen space, make that area social-free.

Get Help. No, we’re not saying you’ve got to go to an island for a week, but if you really can’t help yourself, try installing an app or web blocker to help rid you of distractions.

And if all else fails, maybe it’s time to check out one of those boot camps after all. 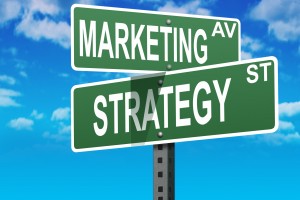 • When it comes to Crowdfunding, who is your target audience?

Your target audience should be driven by your project and strategy and will be supported by the platform you choose. For example, technological innovations should be geared towards the appropriate platform or else your great pitch will be ineffective and speak to the wrong audience.

• How do you create an effective video / social media campaign?

Authenticity is key. People invest in ideas and products they care about. It’s essential to connect with your audience quickly and build a real relationship with them. Your video campaign needs to let your personality and vision shine. It should be informational, accessible, clear, short and concise. Be specific with your funding goals, timelines, and explain why you’re passionate about this idea, product or experience. Why should they believe you? What are your credentials? What can supporters expect in return?

Social media is a great way to provide updates, stay in touch with your investors and fans, and respond to their questions and feedback. It’s also a useful tool for building excitement and increasing engagement.