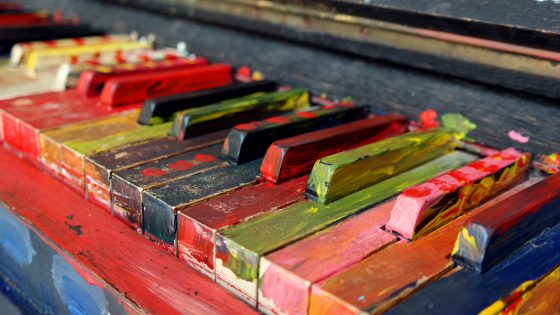 Music on My Mind: Finding the Right Tunes for Your Creativity

Even with all of the buzz surrounding the Rio Olympics over the past week, one moment held the internet’s collective attention — Olympic Gold Medalist Michael Phelps prepping for his semifinal race in the 200-meter butterfly– hoodie up and Beats headphones on (many speculate it’s Eminem blasting in them) — scrunches up his face, giving a deadly glare to no one in particular. Meanwhile, South African opponent Chad le Clos, earbuds in, shadowboxed and danced in front of him. A meme-worthy scene to be sure, but what’s really striking is the universality of the two men using music, albeit probably very different genres and with different reactions, to get themselves in the right frame of mind.

It’s no secret that athletes can get a boost from the right choice of tunes, but what if the same can be said for creatives? After all, even President Obama had admitted to also playing some Eminem before a big speech, so why not before your next big presentation? Or, even to get yourself in the right frame of mind for a particular project or to just relax your mind?

Many creatives are multi-talented across disciplines, including being musicians themselves, but even for those of us who are closer to tone deaf than the Deftones, we can still harness the power of music for our own creativity. While science has shown that music can relax, energize, inspire and even increase creativity, it’s all about knowing the patterns that will influence your work positively.

Here are five tips on when to hit play and when to pause.

Play: You’re looking to brainstorm or get lost in the style frames of your project. Just as we storyboard our design inspiration, we can also get our mood references from audio. Netflix’s Spielbergian tribute Stranger Things is a perfect example of a soundtrack that puts not just the viewers, but the show’s creators, in the ‘80s suspense mindset.

Pause: Learning new tasks. While learning an instrument can actually improve our cognitive skills and studying music has been linked to academic achievement, when it’s time to learn a new task, music can actually hinder your brain’s ability to process new information, especially if you’re reading or the music you’re listening to has lyrics.

Play: Repetitive tasks combined with a loud office environment create the perfect storm of distraction. Music can actually help in this scenario because it can block out the excessive data input that your brain is trying to process from the background noise, as well as triggering a release of feel-good neurotransmitters to help you feel relaxed and more focused.

Pause: When listening to something new, studies have shown that it’s best to listen to old favorites rather than explore something different. This is because your brain will be more easily distracted by something it’s not already familiar with.

So, when you’re preparing your summer work playlist, be sure to curate plenty of old favorites, a few lyric-free tunes, and some mood-setting options. And, if you need a good pump up, there’s always Eminem.