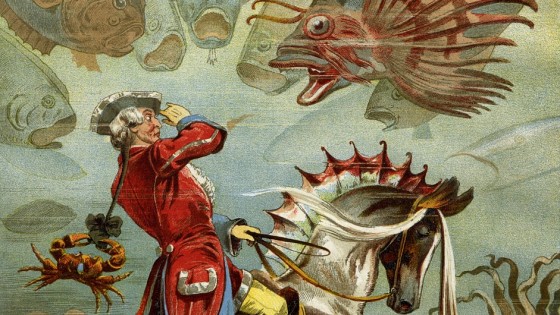 In 2001, when BMW debuted its series of short films, The Hire, helmed by Hollywood directors including Guy Ritchie and Ang Lee and starring Clive Owen, customers and press alike went wild. The series set a benchmark for branded content and spurred the conversation about the importance of storytelling in advertising. At approximately 10 minutes each, the eight films exemplified the future of brand partnerships and the symbiotic relationship between advertising and entertainment; however, they weren’t seen as examples any brand could emulate. They should have been.

What drew people to The Hire and what makes it so memorable more than a decade later, wasn’t just the production values or the A-list talent, it was that at it’s heart, it was dynamic, engaging storytelling. Even if you don’t have the luxury of BMW’s budget and schedule for that project, anyone can tell a good story. And when you’re building storytelling into your ad campaigns, via branded content, promos or commercials, whether you’re selling cars, detergent or television, you need to keep in mind the four basic principles of storytelling: descriptive character, clear goal, meaningful conflict and a resolution that teaches a lesson.

Good storytelling isn’t about the length of the story, it’s about servicing these four core elements to create an engaging scenario. Novelists, screenwriters and even comic book scribes know that for a successful story, you can’t leave any one out. We need a character to identity with, whose viewpoint takes us through the action — for BMW, it’s Clive Owen, aka The Hire; a goal to show us what we desire and are striving for — a quick getaway in luxury, comfort and style; the introduction of conflict to make a case for our product — eccentric baddies in fast hot rods are chasing him; and finally, a resolution that teaches us that if a BMW can service a wheelman for hire, think what it can do for you.

Too often, brands devote their precious air-time to listing features or touting their position over the competition as stand-alone mini-segments of an already brief spot, when these selling points could be integrated into the narrative. Anyone can say a product is amazing, but if you tell your audience the story of your product, while offering a display of its worth, it’s going to emotionally resonate with them, even if you’ve only got 30 seconds.

To further illustrate this, let’s make up something far less action- (and budget-) packed — a detergent ad: A harried working mom (descriptive character) is prepping for her big dinner party (clear goal), when one of the kids accidentally spills juice down her cocktail dress (meaningful conflict). But, she is a savvy protagonist who uses our detergent client’s stain remover and gets the stain out just in time for the party (resolution with a clear lesson to always have our client’s brand on-hand.) It has a beginning, middle and end, showcases the consumer’s need and how the brand will fulfill it, all with no box-reading voiceover or side-by-side real-time stain removal comparisons needed.

As Jon Hamm (no, the other one), said in Adweek, “The most powerful way to persuade someone of your idea is by uniting the idea with an emotion. It’s indisputable that the best way to do that is by telling a compelling story.” It’s something BMW understood all those years ago, you may have great brand attributes, but it’s presenting them through the four storytelling principles that will tell your most compelling and memorable story possible.