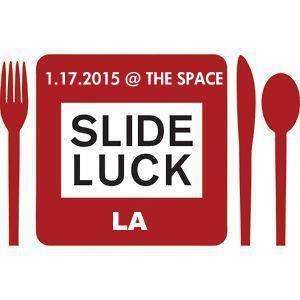 At Oishii, we believe in philosophies that promote acting more than thinking. Over the years, we’ve come to the conclusion that actions in the world make us better thinkers. Thoughts don’t motivate us to move.

We’ve worked to embrace and build on this ideology through various hashtags — #WriteOutdoors and #ThinkLikeATourist — that immerse us in communities of art, design, writing and science. We like “dense” events where lots of people come together from different disciplines and industries.

Recently, we started off the year attending an event we think could work in Los Angeles: Slideluck. It’s already popular in New York, as well as in other cities around the world.

This past Saturday, Slideluck, which is part slideshow and part potluck, returned to the “Best” Coast for a night of food, fun, music, and art in Hollywood. Slideluck LA VII; joint-curated by Krista Martin, Photo Curator for American Apparel, and Michael Hawley, art collector and former President of the Photographic Arts Council, Los Angeles, found a home at Joan Scheckel’s The Space at 6608 Lexington. Walking into a hexagon-shaped corridor, we experienced a display of lights, images, and movement from perhaps an unexpected inclusive crowd over 300 strong.

At first sight, it looked like a scene-y underground hipster loft party, but a few more steps inside and we found ourselves in front of laughing young children of famous photographers ordering IPA’s for their dads, to fashion-forward elders telling us how gorgeous we are (sweet!), to our curious Uber driver/emerging singer-songwriter who asked if it was cool to participate. He didn’t want to just attend; he wanted to interact, which is exactly the community-building movement behind Slideluck LA. It’s a representation of our creative community in all of its beautiful colors, shapes and flavors. The event was a communal canvas built around a showcase of the photographers’ work and more importantly, provided a judgement- and pretentious-free environment, allowing for first-timers at an underground art scene to feel warmly welcomed.

Events like Slideluck are important for us because we know the value of immersion. Immersion and conversation keep us motivated, sharp and engaged. Scientists call these meetups “collisions” with purpose. Group interactions help people challenge their assumptions. Coming together, even if to listen to music and see art, increases the flow of information into your brain and stimulates neurons. If you discuss work, all the better. Most studies of innovation strongly suggest that talking about your work with others, even if informally, helps you move hunches or ideas beyond early stages of superficial thinking. A place called “initial biases” are where many people often stay, go out and talk to people. Dare yourself to think differently. 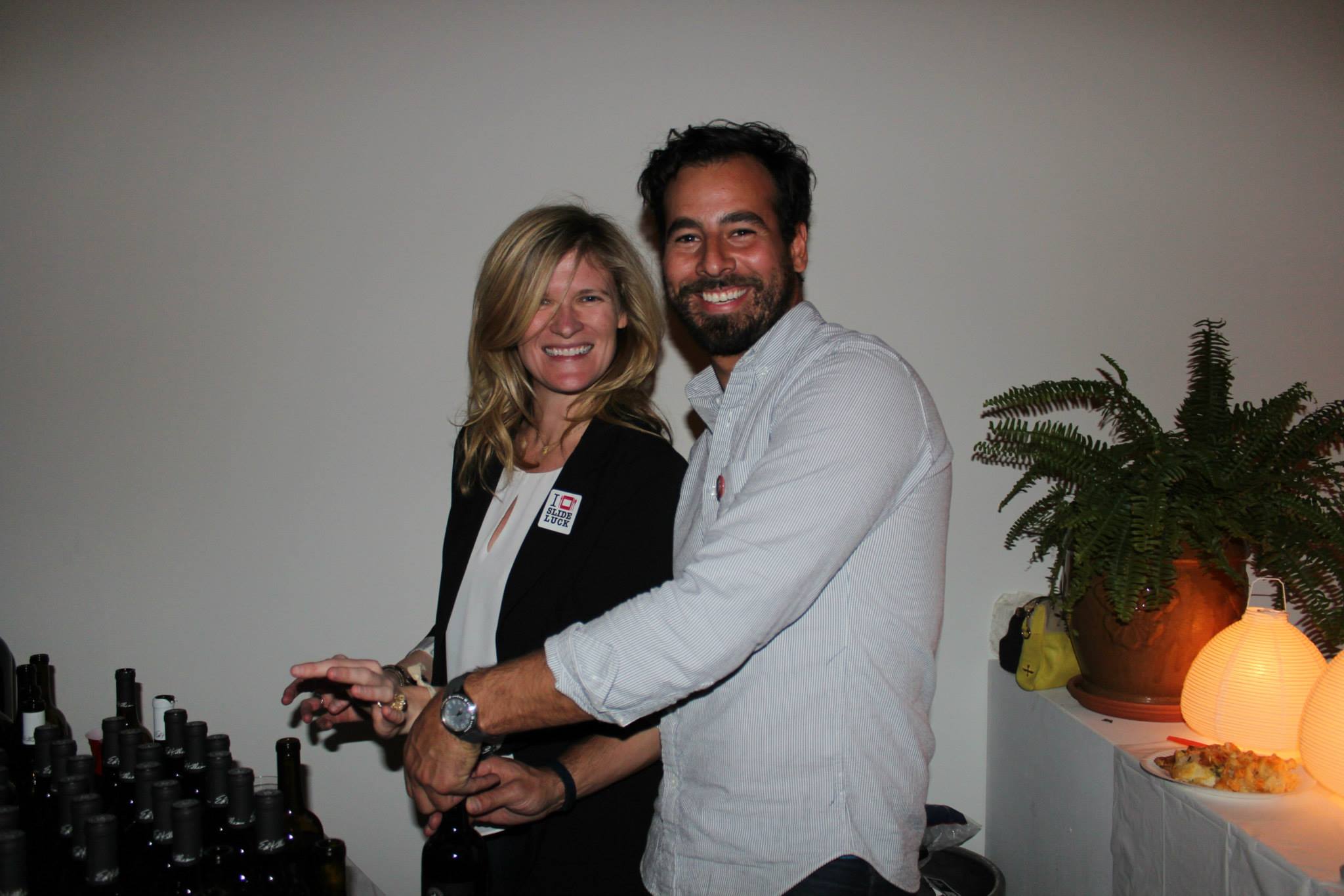 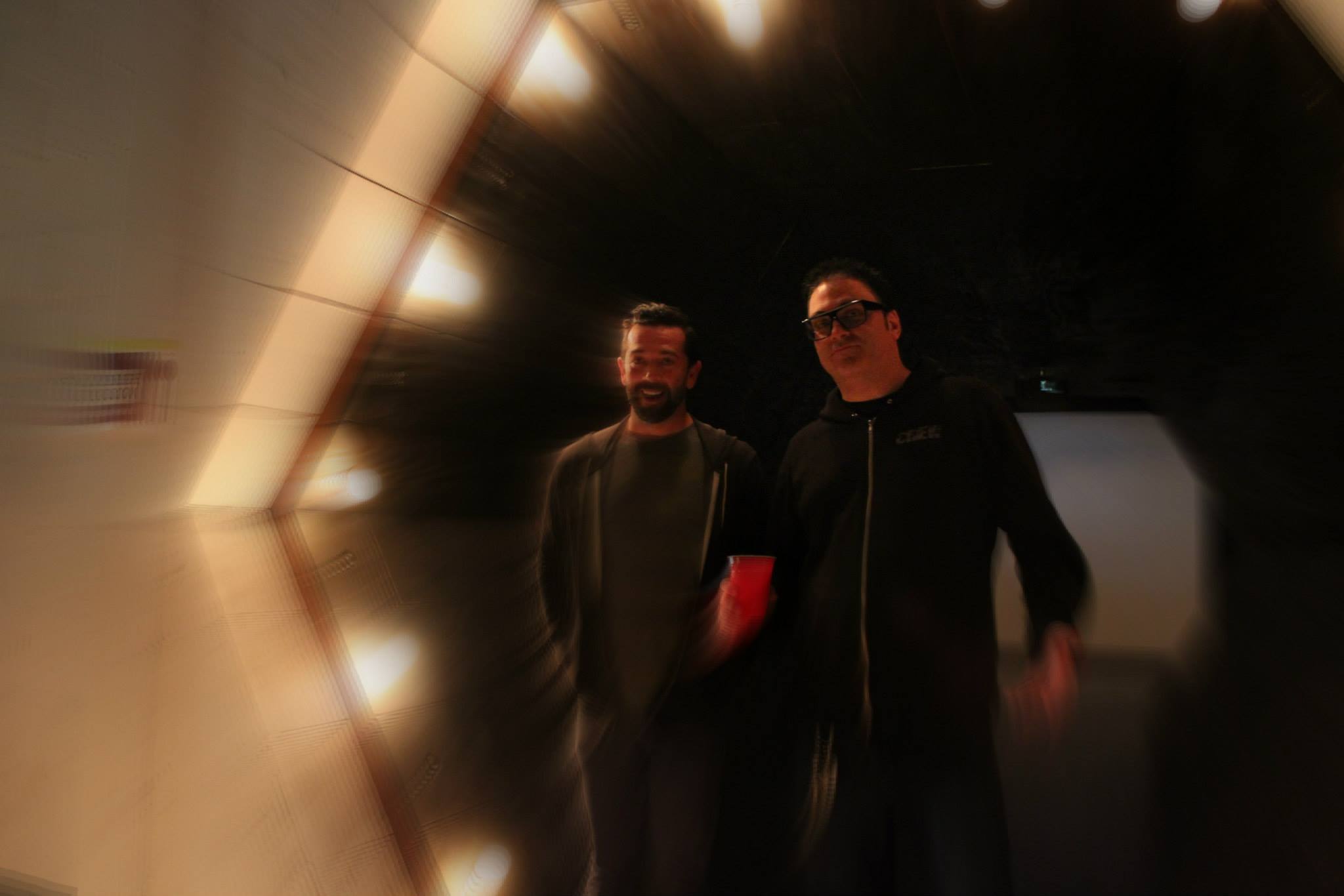 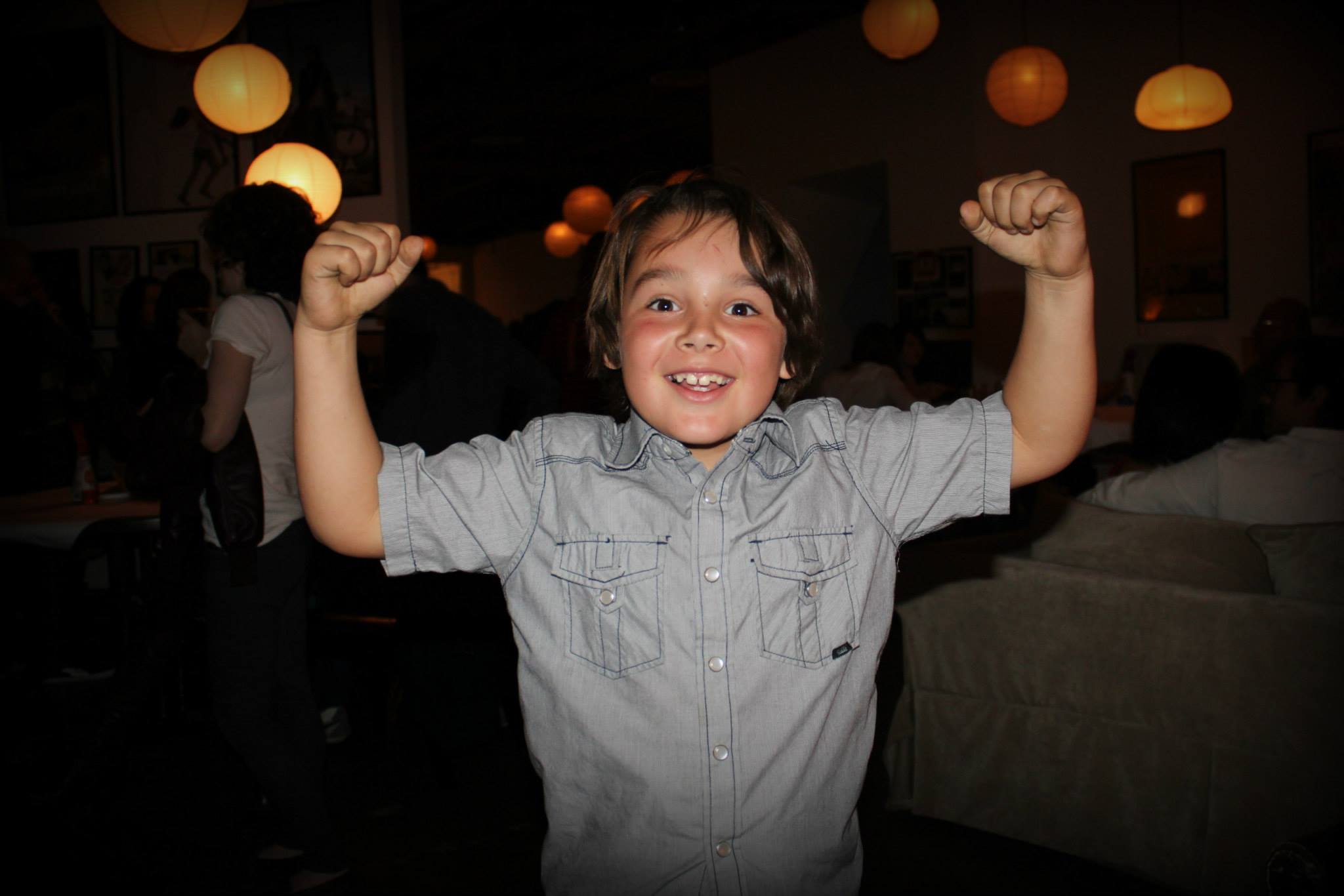 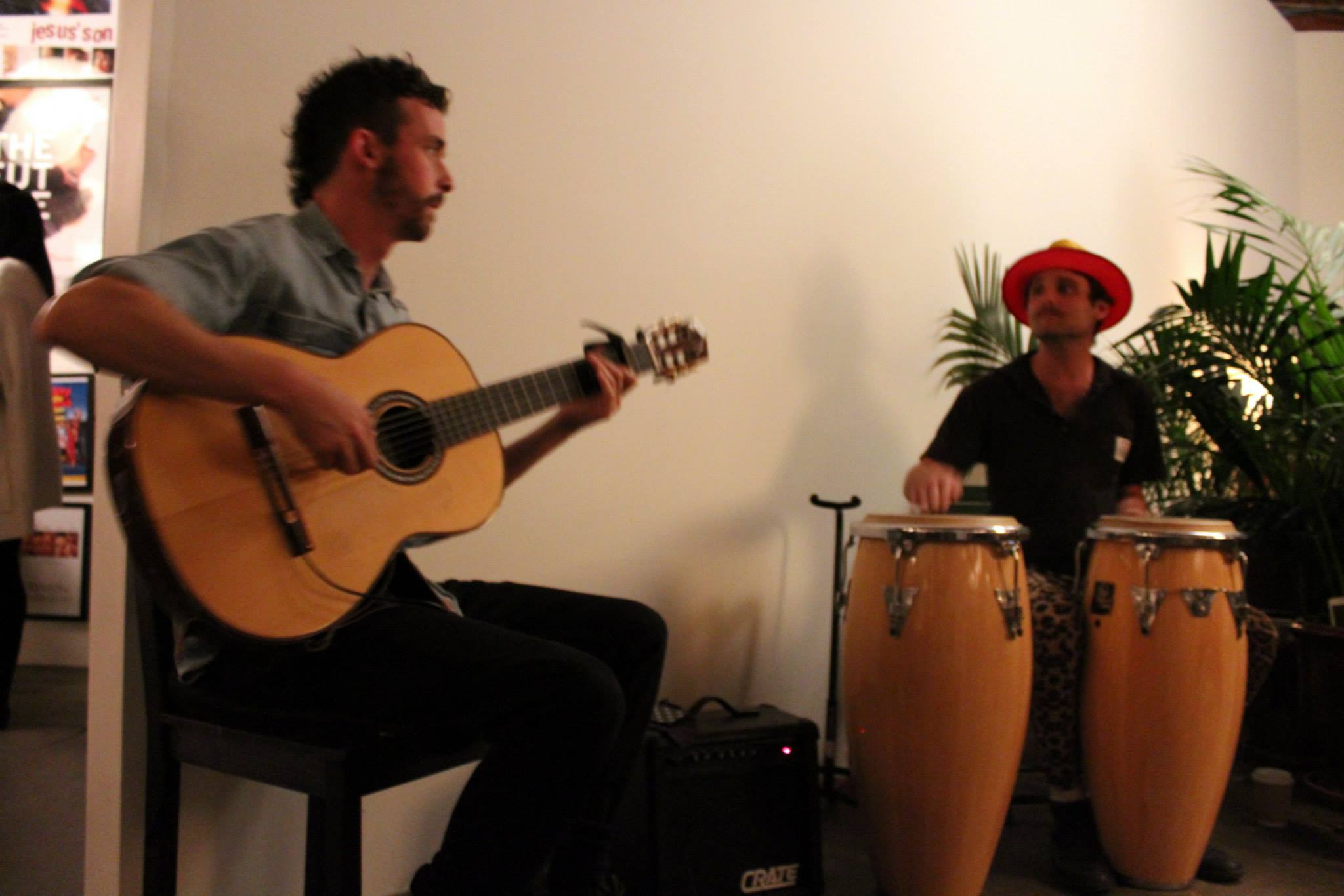 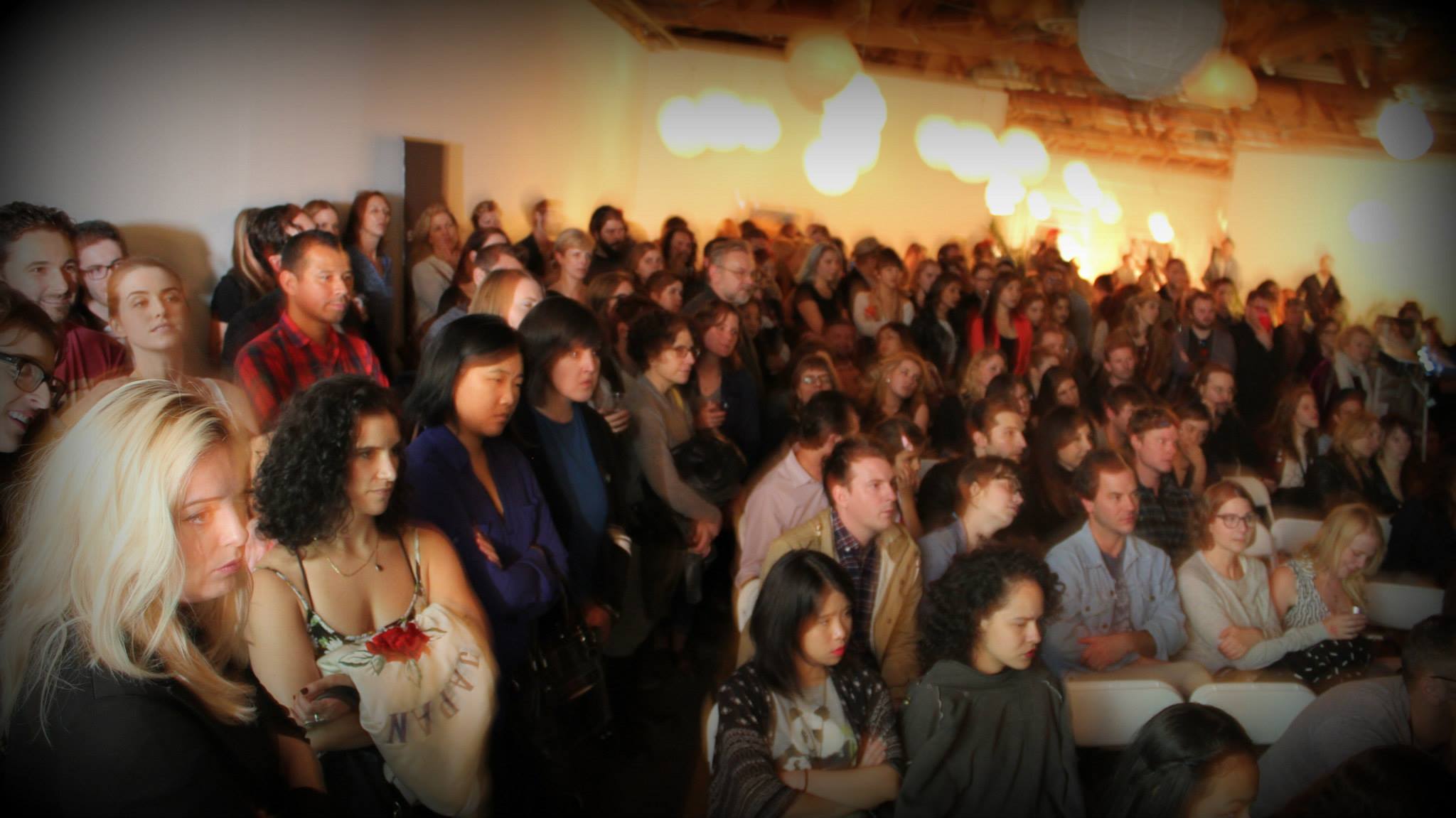 Our Co-Founder/Director of Strategy & Research Kate Canada Obregon has written extensively about the power of data in helping brands to better understand and connect with their audiences in authentic ways.

Agency Post recently profiled Kate on the marriage of social science and research in Oishii Creative’s work for both design and brand clients.

Should creative ideas always be based in research and data? How does this foundation provide brands with a more impactful strategy or campaign?

The best creative emerges from a conversation with qualitative and quantitative data sets. I like to know the facts and the big picture that numbers can readily tell us. With that said, numbers do miss the subtleties of opinions, perceptions, and desires. This is where semiotics, ethnography, or other social science methods are extremely valuable tools. The best campaigns I’ve worked on are those where I’ve been able to dig deep into all sorts of data and turn up something unexpected and new. These campaigns end up being the most timely and talked about beyond a quarterly life cycle or the next ad buy season. I like partnering with clients who want to be relevant and let the research lead them beyond trends and into real meaning and relevancy. Audiences and consumers want this, too.

Check out the full interview here! 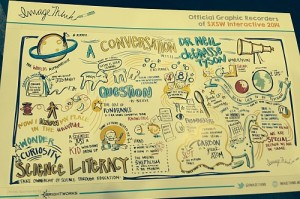 My goal at SXSWi this year was to not only make it into the actual keynote presentations (which meant arriving early!), but to attend sessions that were outside of my comfort zone. I wanted to feel inspired in my everyday life and broaden my perspective both personally and professionally.

Well, I have to say that Dr. Neil deGrasse Tyson (host of FOX’s rebooted “Cosmos” show) handily — and emphatically — delivered. His Bill Cosby-like comedic chops, likeable personality, vast knowledge of science and uncanny ability to make the subject accessible to anyone — made me want to jump back into my grade school science class and learn all over again.

Tyson is, by far, one of the most engaging speakers I’ve ever come across in any conference, festival or event. And it was clear by the wild applause, hoots and hollers from the audience that they were just as captivated by him as I was.

Said Tyson: “I don’t want to hand out answers. When you explore, all those answers come for free.”

One of my favorite parts was when Tyson talked about how children perceive the world, and aren’t afraid to challenge or question the status quo. He shared a hilarious story about how he encouraged his daughter to take a skeptical view and test the myth of the Tooth Fairy. Rather than flat-out denying the childhood fantasy figure’s existence, he equipped his daughter to do experiments with her friends. What did they do? They put their teeth under their pillows without telling their parents!

My takeaway from Dr. Tyson’s keynote is to see the world through the lens of a child. Never suppress your curiosity. Test and try things out for yourself. Don’t just accept what others tell you as truth. Keeping an open mind and open heart will lead to many discoveries about yourself and the universe around you.

10 Neil deGrasse Tyson Quotes To Fuel Your Love Of Science

2. “Science literacy is how much do you still wonder about the world around you. What is your state of curiosity?”

4. “All the nine-planet people out there, just get over it. It’s eight!”

6. “One reason we should go space: You know the dinosaurs would have gone there if they could have. Dinosaurs didn’t have opposable thumbs or a space program, though.”

7. “To be scientifically literate is to know when someone else is full of bologna sandwich.”

8. “The missing skepticism is the problem.”

And a brilliant piece by Fredric Paul of Network World on how Dr. Tyson’s insights could apply to the world of enterprise technology and networking.