Wake Up and Go to Sleep 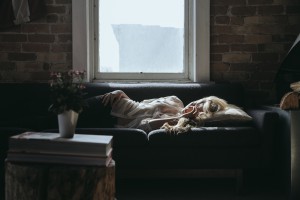 Are you yawning, eyes struggling to focus, as you settle down to read this? Or perhaps you’ve just refilled your coffee cup for the third time in an effort to “stay focused.” For many of us, the workday stretches well into the night. Last minute emails sent during dinner, presentations tweaked before bed and early “pre” work-work to jump ahead of the day.  If rumors are true, many now disgraced public figures are floating the excuse that it was a lack of sleep and grinding schedules that contributed to their bad behavior.

For the rest of us, continuous work cycles carry lots of risks and relatively few rewards. According to sleep researchers, bad decision making in business begins, in part, tended to happen when participants showed poor impulse control or let emotions run wild. Without a good sleep schedule, people make poor decisions, are more irritable and tend to be uncreative and imaginative.

It may boost the ego to feel in demand but the quality of work, clarity of mind and decision making suffer when we keep our minds spinning rather than taking rest, float into downtime and sleep.

Recent studies have confirmed that Americans do not get enough sleep, with more than a third of adults getting less than seven hours a night, which may be just as bad at not sleeping at all.

Many bad decisions in negotiations we may very literally be working ourselves to death.

Even Arianna Huffington, the queen of productivity, has gotten onboard. Her latest book, “The Sleep Revolution,” touts the benefits of getting more shut eye in order to be more creative, productive, and even happier. In her 2010 TED Talk, where she advised attendees to “sleep their way to the top,” Huffington tackled the culture of “sleep deprivation one-upmanship” that has led people to brag about how little rest they’re getting and how much they’re doing.

We’ve adopted a culture where we struggle to recognize or justify our own value unless we’re in a constant state of being in-demand. When we’re too busy, have too many conflicting deadlines and back-to-back meetings, it’s easy to trick ourselves into believing that just compromising on a few hours of sleep is the best answer. But ongoing sleep deprivation, even losing just a few hours a night, can lead to health risks, lowered creativity, trouble concentrating or even an inability to function through the workday. And, according to the National Sleep Foundation, sleep is something that can’t be caught up on later.

What can we do? Powering down all electronics, at least one hour before bed may be our biggest goal. By signaling to your brain that it’s time to relax, it can start the necessary process to prepare for sleep. Having a nightly ritual, like meditation, reading or putting on some extra comfy pajamas, can help ease your mind to make the transition from the busy workday to the world of Morpheus.

So, next time you’re getting lost in your work at 2 am and feeling that charge that comes from knowing your ideas are flowing and you’re bringing value to the table, just remember how much you’ll suffer for missing those extra zzz’s tomorrow. Or as Huffington says, “I urge you to shut your eyes and discover the great ideas that lie inside us, to shut your engines and discover the power of sleep.”