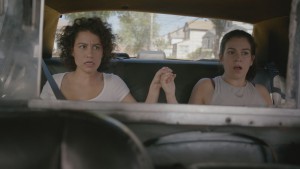 We were saddened to hear of the recent death of Mary Tyler Moore. The following is a previously posted article.

This week saw the season finale of two different series about women whose story arcs have been surprising, fresh and appealing, not because they’re shocking in their bad behavior, but in how realistic it is, especially to a Millennial audience that desperately craves authenticity. HBO’s Girls and Comedy Central’s Broad City may not be on-air ratings smashes, but you can be sure that their target audience is binging — perhaps on their laptops or with their parent’s HBO Go passwords; most likely with a second screen in hand, but they are tuning in for the kind of authentic, experience-driven content that marketers should take note of.

Even as ad sales models are shifting in our ever-changing industry, audiences will always be drawn to television, so long as the content feels culturally relevant and speaks directly to them.

Forty years ago, America’s Sweetheart on the small screen was Mary Tyler Moore, a traditionally beautiful good girl, who’d risen to fame playing the eternally patient wife to Dick Van Dyke on his title show, before being granted her own namesake series, which lasted seven seasons and won, at the time, a record-breaking 29 Emmys. From 1970 to 1977,
The Mary Tyler Moore Show appealed to a wide audience of women, especially those who were young and working full-time, because it was one of the first shows to portray an independent, childless working woman who, on top of everything, was succeeding. Mary was smart, driven, hard-working, kind and gorgeous. She had the career, a love life on her terms and strong female friendships, to boot. Mary had it all.

But where Mary succeeded — in both her fictional life and the very real network ratings — by being aspirational, creating something today that appeals to this generation of young working women must be approached differently. Instead of searching for role models, today’s Millennials want authentic and complicated, experience-driven characters.

Which is why the girls of Broad City and the broads of Girls are so appealing to this generation.

They defy inherited expectations about career, clothes and relationships. Which isn’t to say  Abbi and Ilana are dismissive of looking good and having glossy ideal lives, they certainly want careers and love. In their sketch comedy humour is used to hilariously pick apart these expectations.

Unlike Mary, none of them are in truly successful careers, relationships or even necessarily well-dressed. On Broad City, Abbi, the straight-laced of the two, is desperately trying to work her way up at a SoulCycle stand-in that doesn’t fully embrace her, while Ilana, her sexually fluid, polyamorous best friend drifts from job to job as she’s asked to leave each of them. They drink, they get high, and they navigate dating in the era of Tinder and “Hookup Culture” in a way that all feels fresh, and, most importantly, real. 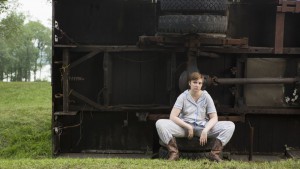 that both series were developed by their stars, who took their real-life experiences to parlay them into fictional versions of themselves. In Girls, show creator and star Lena Dunham’s main character, Hannah’s, friendships are as dramatic, if not more than her romantic relationships, something Dunham has said was important to portray in contrast to shows like Sex in the City, which had previously set the standard for portrayals of female friendships among young working women.

Says Dunham, “I kind of also felt like it was aspirational about friendship… for me, that kind of friendship is elusive. I feel like a lot of the female relationships I see on TV or in movies are in some way free of the kind of jealousy and anxiety and posturing that has been such a huge part of my female friendships, which I hope lessens a little bit with age.”

Millennials defy our expectation. Their lives are complicated, messy, exciting and unique. They don’t want to be spoken down to, they don’t even want our encouragement; they want to see themselves, or at least recognizable version of themselves, in their entertainment and even marketing. And as the business of television and how we reach our audiences continues to change, now, more than ever, content of any type has to be more than just marketable and engaging. It has to be real.