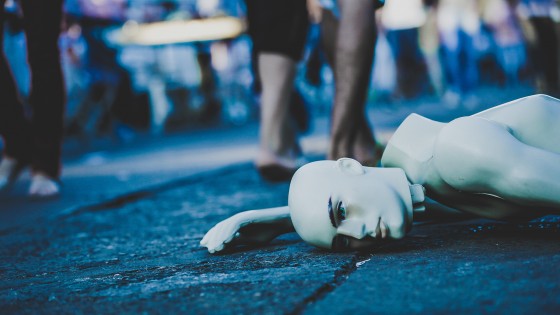 Killing Your Creative: When Your Big Idea Isn’t Working

We’ve all been there — you have the perfect idea! It’s already all fleshed out in your mind… trouble is, you may have overestimated its potential and underestimated the downfalls. It’s hard to come to terms with the fact that your big idea may be great, but isn’t right for your client or project; however, shoehorning it in is never going to work. When this happens, it’s time to kill your darlings. And the sooner you identify what’s not working, the sooner you can save what is.

It’s going to be painful, but trust us, it will make the project better in the long run. Here’s four of the most common pain areas that, when disregarded, can turn a great idea into a dead end.

Leonardo DiCaprio sampling your client’s product while a Rolling Stones single plays in the background may seem like a winning combination, but unless you’re Martin Scorsese, structuring your entire idea around such an expensive premise is a quick way to kill it. No matter how brilliant your pitch, if your idea requires a blockbuster budget, and your client’s bottom line is closer to Blockbuster Video, it’s time to let it go. If an idea is truly brilliant at its core, then it should be able to hold up to a little creative compromise, even if that means a little less flash and no “Sympathy for the Devil.”

Similarity
As Mark Twain famously said, “There is no such thing as a new idea… We simply take a lot of old ideas and put them into a sort of mental kaleidoscope. We give them a turn and they make new and curious combinations.” So, while there’s almost no chance that whatever you’re pitching is going to be mind-blowing in its originality (we create reference boards for a reason after all), we still must strive to make each project our own unique take. It doesn’t matter whether or not your idea was consciously inspired by someone else’s, if the similarity is too close, it’s time to abandon it. You don’t want to be accused of stealing another advertiser’s idea.

Specialty
This one is tough, because we’d all like to believe that our creative abilities span across the industry’s needs, but the truth is, most creative shops specialize in certain crafts for a reason. So, even if your client loves the Annie Leibovitz-inspired photo series you’ve pitched, if your staff’s only photography experience is with Instagram selfies, it’s time to be realistic. The good news with this pinch point is that just because you may not have the skills on hand to execute, it doesn’t mean your idea is bound to fail. With a little self-honesty, the idea can still be saved. As long as you’re willing to admit that the work may be best served by partnering with another company or outsourcing it altogether, you can still see your concept succeed.

Client
Maybe you’ve been storing up a great idea you’ve had since the last Art Basel, but your client is in a conservative industry, and to them, pushing the envelope is literally redoing the logos on their envelopes. Even if your idea is gorgeous, groundbreaking and, hey, totally budget-friendly, if your client isn’t in a position to take a creative chance and you end up feeling like you’re pushing too hard, it’s time to take a step back. We’d all like to believe that we know best when it comes to our client’s needs, but sometimes, we have to trust what they’re saying is what they really do (or don’t) want. And many ideas are evergreen. Just because it’s not the right fit for this client doesn’t mean it’s not worth filing away for later. After all, some of our best ideas are already in the back of our minds, just waiting for the right turn of that creative kaleidoscope.