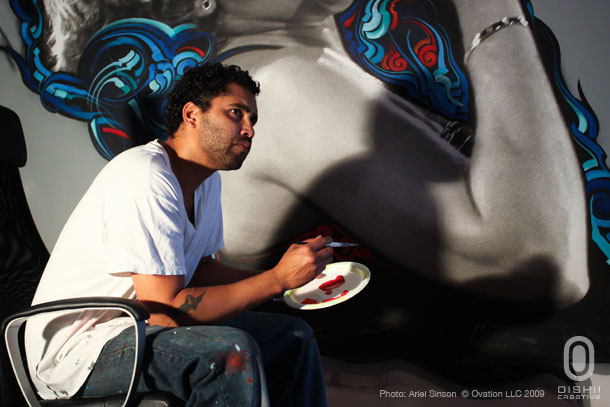 As you may know, Oishii Creative designed the current EA SPORTS logo, developed No Good TV’s website, and shot music videos for bands like Incubus and Rage Against the Machine. We pride ourselves on connecting clients with the right creative partners to create memorable brand identities. But, this time, we’re taking our involvement one step further.

To promote the launch of the documentary series American Revolutionaries, Oishii Creative brought in the prolific graffiti artist Retna to create a lineup of outdoor ads. Over the years, Retna has designed countless murals in major cities around the United States, led his own graffiti collective, and been featured in such publications as the Los Angeles Times and Juxtapoz. But the American Revolutionaries project represents another major connection for him to the commercial world, and we’re elated to be the firm making that happen. Ismael Obregon, Oishii Creative’s Founder and Creative Director explains it best, “Our goal was to connect Ovation TV with the next generation of artists, while finding creative ways to use the outdoor medium. Our relationship with Retna is longstanding and we are thrilled to bring his art back to the streets in a whole new way.” 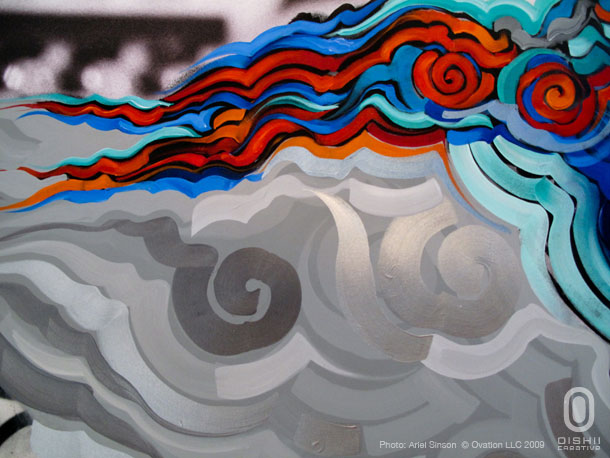 The ads, in which Retna used his talents and vibrant colors to make the iconic images of African-American musicians – including Tina Turner, Miles Davis, Nat King Cole, and Jimi Hendrix – pop, can be found all over the country on the sides of buildings, upon billboards, on kiosks and other outdoor locations including in Times Square at the corner of 51st and Broadway.

American Revolutionaries airs on the Ovation Network from July 1st through July 18th.

END_OF_DOCUMENT_TOKEN_TO_BE_REPLACED

Football fans, are you eagerly awaiting “real” football, you know, the kind that’s played with your hands instead of your feet? Well, pre-season commences in just six weeks and, soon you’ll get to check out this year’s series of short films we’ve developed for the NFL Network featuring some of the NFL’s top head coaches.

Oishii Creative has worked with the NFL Network on other large-scale projects like this one, but it’s this series, in particular, that gives fans the chance to feel like they’re connecting on an intimate level with some of the head coaches they’ve come to love (or hate) over the years. After we developed the concept, story boards, messaging, and editorial for the promos, we brought in director Mark Pellington –who has shot music videos such as the one for Pearl Jam’s “Jeremy” and “Soul Mate” for Natasha Bedingfield and whose father was a lineman for the Indianapolis Colts – to capture the stories on film. To do so, he worked in tandem with NFL films, the division of the NFL that is dedicated to capturing football. We then stepped in again to edit and lay down the final effects on the promos.

This year, fans will see, among others, Tony Dungy of the Indianapolis Colts, Jeff Fisher of the Tennessee Titans, Tom Coughlin of the New York Giants, and Andy Reid of the Philadelphia Eagles speaking openly about the game. And, if Detroit can manage any sort of comeback, maybe we’ll put in their head coach next year.